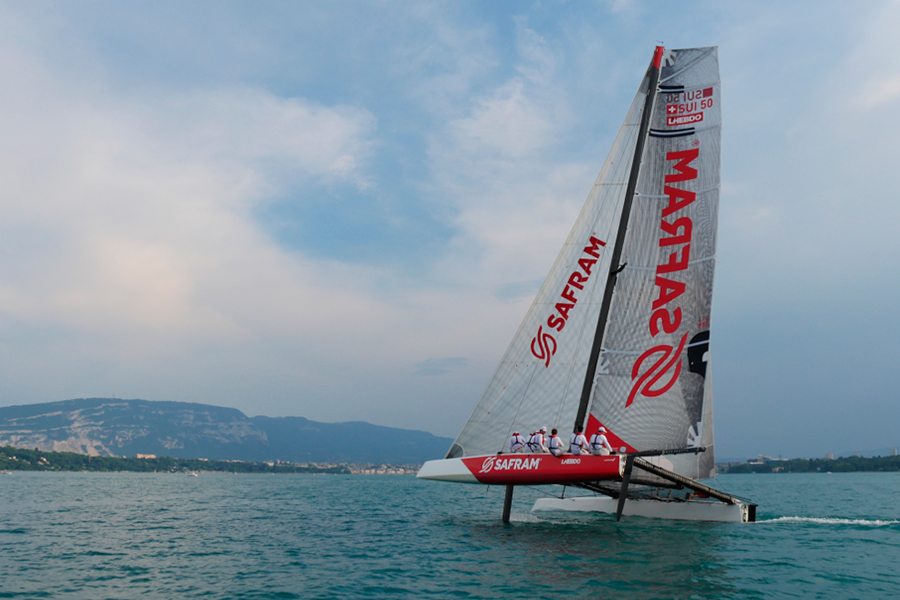 Rodolphe Gautier’s Ventilo M1 Safram got off to a strong start on Saturday kicking off their 2015 season with a win at the Swiss classic, Geneva-Rolle-Geneva, run by the Geneva Yacht Club. Light airs were the order of the day for the team skippered by Rodolphe Gautier, with Christophe Peclard on the helm.

Geneva, Switzerland – 7 June 2015 – After six and a half hours of racing on Saturday, Safram won the Geneva-Rolle-Geneva, the team’s first race of the season and the prelude event to next week’s Bol d’Or Mirabaud. Rodolphe Gautier’s Ventilo M1 seized a 20 second victory over the Decision 35 fleet, previous winners of the Swiss classic.

At 1300 on Saturday, upwards of 250 boats (monohulls and multihulls) crossed the Geneva Yacht Club start line. Light airs were the order of the day and the fickle conditions tested the most experienced lake sailors to the limit. They were rewarded at the halfway mark however when the thermal wind kicked in and swept the fleet back towards Geneva where Safram crossed the finish line at 1930.

Christophe Peclard, helmsman, was delighted with their first victory: “We sailed the whole race at the front of the fleet, we managed the exit from Rolle well and managed to take the lead even though the Decision 35s were hot on our heels!” The finish was very close, with Safram taking the win by just 20 seconds over Veltigroup and under a minute over Okalys.

Rodolphe Gautier, skipper and man behind the project, was thrilled with such a good result to start the season: “We are very happy with a win, but also with the excellent atmosphere on the boat. The crew is very dedicated and we look forward to a successful 2015 season for Safram.”

The modifications made to the Ventilo M1 over the winter were clearly a success according to Christophe Peclard, who helmed the boat last year in its previous configuration. “The changes we made work very well, the boat is much faster than last year,” he said.

Next on the Safram calendar is the famous Bol d’Or Mirabaud on Saturday 13 June.

For high-resolution photography for editorial use, please go to: www.maxcomm-media.com
Photographer credit – obligatory 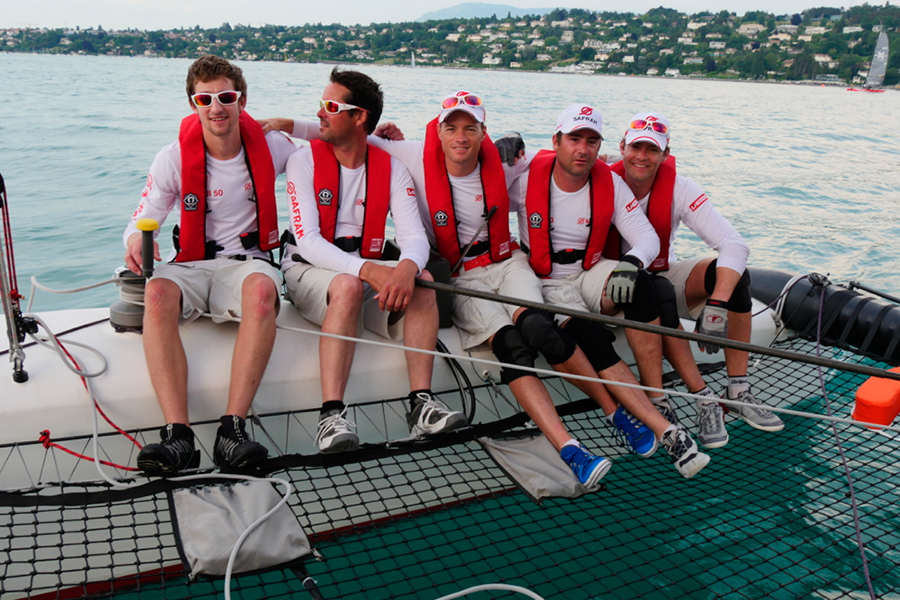