The Swiss catamaran Safram lined up with 1,500 boats and 15,000 sailors on the start line of the J.P. Morgan Asset Management Round the Island Race for their first saltwater regatta on Saturday 2 July. After a magnificent start, the Ventilo M1 – more at home in light lake conditions – dismasted at the Needles. No one was injured on board and the crew is upbeat about the learnings they gained!

Cowes, UK – 2 July 2016 – The Swiss sailing team Safram, a frequent competitor at Europe’s biggest lake regattas, shipped their Ventilo M1 catamaran to the Isle of Wight in the United Kingdom to take on the challenging 50 nautical mile J.P. Morgan Asset Management Round the Island Race. This classic on the British racing calendar attracts a fleet of over 1,500 boats.

Saturday’s race started in 20 knots of wind with conditions increasing to 25 knots as the fleet raced out of the Solent, past the Needles and into the English Channel. The waves were steep at the Needles making the going tough for the small catamaran, more used to light lake conditions, and finally resulting in the boat losing its mast. Thankfully no one was hurt.

“The boat went very well in the Solent, we sailed really well up to the Needles,” described helmsman, Christophe Peclard. “It was impressive to see so many boats in the fleet. The crew worked really well together, but in the end it is a mechanical sport and the waves were too much for the catamaran. We don’t know exactly what let go, but it was probably the sub structure that failed. I am convinced that without the damage, the team would have completed the race around the island and enjoyed every minute of it!”

Rodolphe Gautier, skipper and project leader, added: “With the tide against us, plus the wind, we had 26 knots on the nose and steep waves at the Needles. But despite everything we were able to enjoy the spectacle while we were towed back to Cowes through the 1,500-strong fleet – it was magnificent!

“It was a bold but rewarding experience and while we would have preferred to keep the boat in one piece, it was a big day for the team and will remain an unforgettable memory.”

The boat is already packed away in its truck, courtesy of team partner, the transport company, Safram and the crew will work on fixing it in the coming weeks. Next up is the Centomiglia on Lake Garda in Italy on the 10 September, where the team will be defending their 2015 victory! 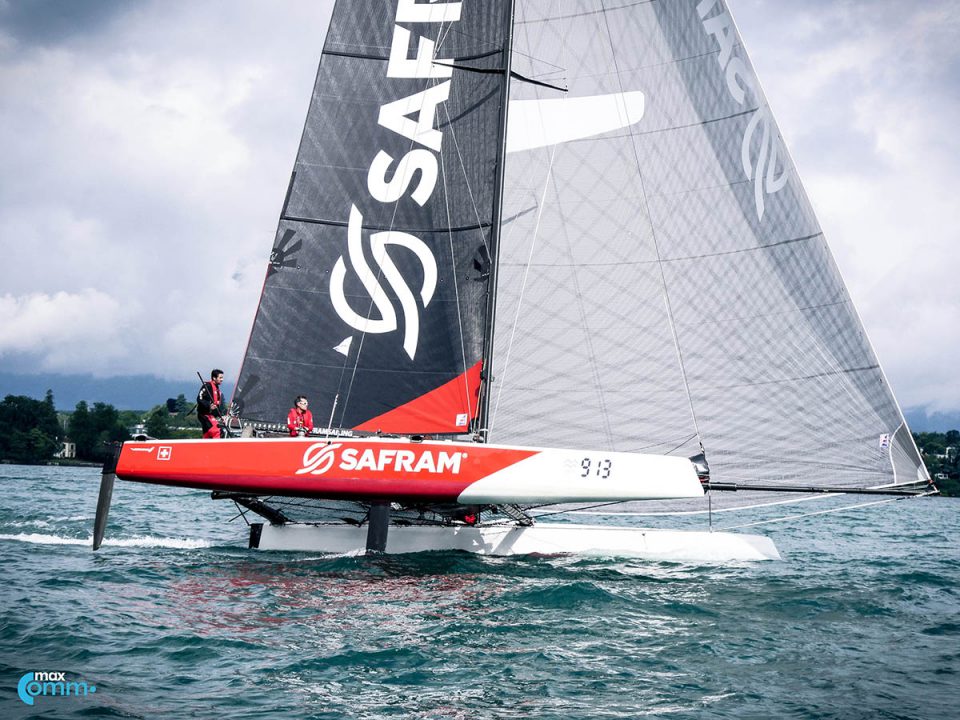