On its 50th anniversary, Safram reaches the peaks of European sailing ! 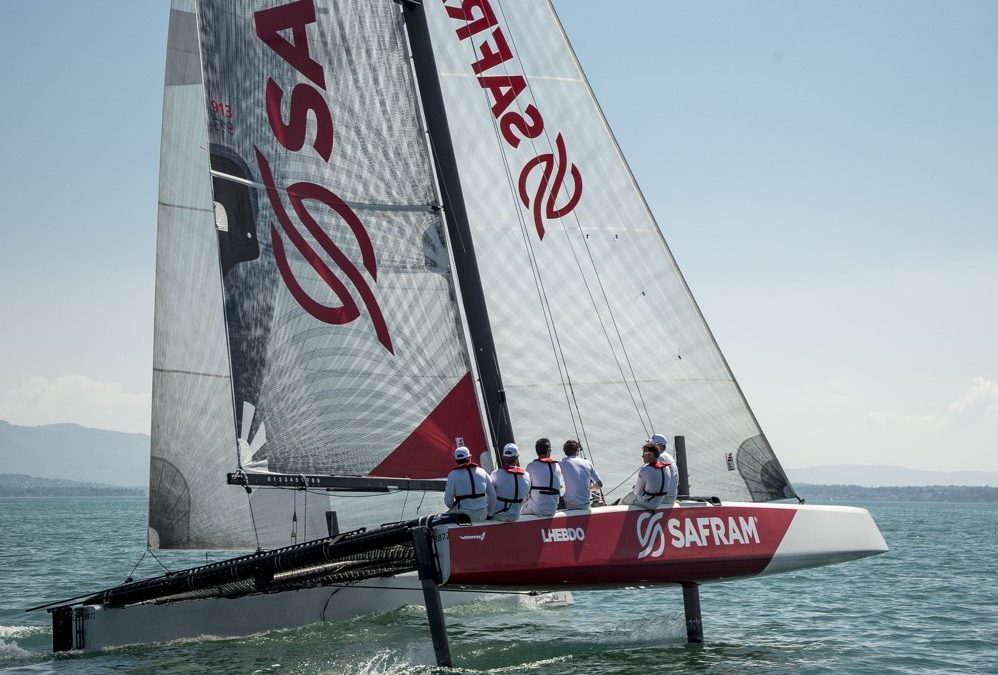 The Ventilo M1 Safram heads to Hungary on Thursday 2 July for the 47th edition of the Blue Ribbon regatta on Lake Balaton organised by the Hungarian Sailing Federation. This will be the third stop on the Safram summer sailing calendar that has for mission to promote Swiss sailing and the Bol d’Or Mirabaud at some of the biggest Lake regattas in Europe.

Balatonfured, Hungary, 29 July 2015 – The Ventilo M1 Safram led by Rodolphe Gautier will compete in the Blue Ribbon (Kékszalag), Hungary’s answer to Switzerland’s Bol d’Or Mirabaud, next Thursday against a fleet of 620 boats.

The 170 kilometre race from one side of Lake Balaton, Central Europe’s largest lake, to the other was created in 1934 and is almost a third longer than the famous Bol d’Or. Up until 2001, the event was run every two years, the fleet now races every year and it has been open to multihulls since 2010.

The Safram crew, fresh from winning Switzerland’s Geneva-Rolle-Geneva and coming 10th at the Bol d’Or Mirabaud, just eight minutes adrift of the leader, are feeling ambitious.

“In Hungary, we will be aiming to win the M1 class and are hoping to do well overall, althoug the current record holder (7 hours, 13 minutes) is a 50 foot catamaran with two masts – that will be hard to beat!” said skipper Rodolphe Gautier. And there will be other strong contenders on the water with a Decision 35 (ex-Artemis), two SL33s, two GC32s and three Ventilo M2 catamarans amongst the fleet. The conditions are likely to suit Safram although there will be plenty of other possible pitfalls on the lake. “Other than the wind shadows and the oscillations inherent to lake sailing we will also have the depth to contend with! The average depth of the lake is three metres and we draw 2.8m… Luckily we will have a local sailor on board who will guide us through the numerous challenges – it sounds like we are going to spend most of the night on the boat!” added Gautier.

The crew will include: Christophe Peclard, helmsman; Fabien Froesch, Fabian Racloz, Yves Guntern and Rodolphe Gautier, plus Attila Penzes who has won the Blue Ribbon once before.

Shipped by Safram truck, the Ventilo M1 of the same name arrived at Balatonfured harbour yesterday where it will be assembled before being launched in the next few days. The crew arrive on Tuesday evening and will train on Wednesday before racing gets underway on Thursday at 0900.
The 2014 race record is 7 hours and 13 minutes and is held by an M0 called Fifty Fifty.

“We plan to make the most of this event to generate new contacts amongst the event organisers and competitors with a view to promoting the Bol d’Or Mirabaud and attracting Hungarian sailors to come and race on our lake,” added Gautier.

“We are really looking forward to racing the Kékszalag and are hoping to repeat the same success that we have had on Lake Geneva at our first two events of the season,” said crewmember Fabian Racloz.